They all also have an animal sign. Honesty is a Sasquatch and truth is a turtle,love is and eagle,humility is a wolf,wisdom is a beaver,courage is a bear,respect is a buffalo:

I think respect is the most important to me.

Today I will be showing you my self directed science project with ghost rider and water king they will also be making a blog post on this too. In the video i explain the task and our learning goal.

Hello world my name is zacharyp1 and today i will like to tell you my reflection on my public speaking.

At the start when i got tasks with making my public speaking essay I did not think it was possible. But i was wrong the only hard part was the start when i had to think of an adea for my public speaking.because it was hard to choose an idea and stick with it.i had two ideas my first one witch i did not use but I forget what  it was.But the one that i did end up using was about computers and you can read it on my blog.

I think the easiest part of my public speaking was writing the main body paragraph.because i could write anything it just had to be about my topic.i also thought my conclusion was easy and quick.when i finished i was really impressed with my self because at the start I did not think I could do it.

(zach) stands with my computer in hand)

Do you know how your computer works?(pause) Probably not because you did not build or research about your first computer and you just bought it. If you made the computer you would know everything about it. Hello grade 4 my name is zacharyp1 and today i will be talking about building your own computer. I am going to talk about why you should build your first desktop, why you need to research how to build it and what the parts do. why you need to know how much the parts are worth before buying the best building parts.

First, I will be telling You why you should build your first desktop. you can choose how it looks and the specs and you would learn a lot about computers and how to make one.  or how to fix it if it breaks so you don’t have to pay someone to fix it and you can save thousands of dollars and learn more than just buying one and you would know how it works and what does what.

Do you know how much all the parts in your computer cost and where to buy them well? If not I will be telling you .if you are building a computer you need to know the prices of the parts in your computer for when you buy them and where to buy them. So now I will be telling you where to buy them and how to know the prices. So you can buy them at Newegg or Amazon or Best Buy but try not to shop at aliexpress and ebay.They have a lot of scams and fake products. At newegg and amazon there are a lot of good prices and deals and you can get good prices from google youtube or a friend.

If you were gaming you will probably need a cpu cooler or your cpu will overheat and it can be bad. Also I want to show you my desktop computer build. It has a ryzen 5 which is a cpu and ddr4 16gb of ram gtx 1650 which is the graphics card and windows 11 and a cool case with 6 fans with a 500w battery and it costs a little bit under 1000$ dollars.

To conclude, building a computer is not as hard as you think it is. It takes time, patience and in some cases a lot of money but if you want to become an engineer (like I do!) it is worth it!

I really hope you enjoyed my public speaking presentation.

Hello world my name is zacharyp1 and today I will be telling you about my cookie excavation.

So that task was that we had to do was to remove chocolate chips  from a cookie with a long pointy stick and two short blunt sticks. we also had to try and  keep the cookie in 1 or 2 pieces which is really hard when you just want to eat the cookie. So I rushed and ate it and it felt like I was a geologist when I was digging the chocolate chips out.

So here is the pictures and the result and a video. 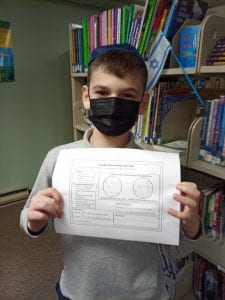 Hello, I am here today to tell you about my innovation Day project. As you may know, we were asked to build a medieval castle with a working drawbridge.

While I was doing the research, I found some interesting facts about the medieval times that I have summarized below:

My hypothesis was that I could build a beautiful castle that would have a huge circular wall with a village inside and have patrol towers all around with access through the drawbridge.

My plan was to build a cardboard wall and then stab a skewer through the cardboard. I would then add a pulley to the skewer and hot glue the handle on the side of the pulley and hot glue a string to the middle of the pulley. Then I would build a second wall and stab another skewer through both walls at the top and add another pulley, then feed the string through the pulley at the top and then hot glue it to the bridge that’s made out of cardboard. Finally, I would tape the bridge to the castle.

First, I built a big box with no roof

Then, I cut out a small hole in the wall and then I put a pulley on it and fed the string through the pulley in the hole.

Final Results – Tour of my Castle:

I chose to make a castle with big walls and a village inside and a box made out of cardboard with the drawbridge in it. The drawbridge had one pulley and one gear system. To make the draw bridge work and on the wall I put some guard towers made out of cardboard and at the end It was the size of half a table.So i dont think it would fit in my car but i will try to make it.

I think that I did a pretty good job with my project but I did make some mistakes. Here is what they are. So for my first one that I would change it would be when my drawbridge would go up it would bend the cardboard wall and the pulley system but it doesn’t break it fully.Next is when I built the grass I used some white pieces of cardboard and the green did not cover it very well.But for the most part it was good except the worst thing about it. It was so big it wouldn’t fit in my mom’s car.

Here is my experiment about how light travels.

Here is a video about light travelling

Hi am Zach! This year I have been learning how to write a recount and a recount some thing that happened to you

what do you need in a recount? You need:

Here is my recount:

I went on a 45 min drive to Marked in Carleton Place. I was celebrating my 9th Birthday with my friend Ben. We were having a joint paintballing party.

and all my friends were there. I was pretty excited to go paintballing and go to the field to run around and start shootin

me working on my other recount